A television commercial featuring well-known director, producer and Bollywood actor Satish Kaushik saluting the Government of Haryana for the steps taken to ensure the welfare of the families of India’s brave and heroic martyrs. The film produced by Razzmatazz Films Private Limited, New Delhi, forms part of a public awareness campaign. 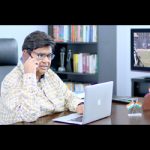