The concept of video production dates back to the early 1900s. Though the equipment existed for a millennium the technology was largely confined to just the rich film makes. But, not so long the concept of digitalization and internet opened the technology to the masses, creating an entirely new industry. Now people can try their luck in the production business. Rather than investing in a full 2-hour film, these small productions devote their time to creating marketing speciality videos like ad films, documentaries, training videos, corporate videos, promotional videos etc.

Ad film production houses have managed to stockpile the right tools and software’s to deliver the same quality videos you find on the big screen. These material resources are combined with genius minds who pitch the right ideas and give your video a possible meaning in a creative and fun way. Other than just the creative idea, a lot of research about the industry and the target audience is also conducted. The existing videos uploaded by the competitors are also referred as a base idea. Without proper research, you might end up with an alienated video which people may resist.

The creative team tried to wrap up a video in the minimum time possible, as people today are lighting fast when it comes to advertisement. They don’t hesitate to close a pop up in a millisecond. So, the production finds a way to finish the video less than 5 minutes time. 5minutes don’t seem like much but the hours endured in a creative thinking, shooting and editing might take 4 to 6 weeks’ time.

The best thing about Ad films production houses is, you don’t need to write a big check to get a better video. Even in a meager budget, a decent thought-provoking video could be achieved. The prices charged by the big production houses in Mumbai are high and offer less flexibility and creative control. On the other hand, production in Delhi will consult you on every step of the creative ladder. The equipment availability is identical and the local actors are as good as Mumbai. 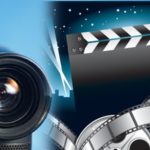 Portray an Accentuated Image of Film by Production House in Delhi 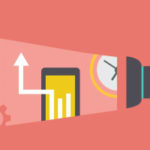 How to make a Promotional Video with some Easy Steps?