Films have their way of ferrying us to a different world. The past of film extends far ago, as ancient as Greece’s theatre and dance, which had many of the similar components in today’s film world. But technical progress in the film has occurred quickly over the past 100 years. Beginning in the Victorian era, many types of camera equipment, projectors and film sizes have been improved and assimilated, establishing the film industry we know presently. But have you ever wondered how these fantastic experiences transform from a mere idea to the screens as virtual reality?

The various stages in commercial film production that turn insight into paper to bring it in front of millions of people are as follows:

Pre-production is an intellectual procedure in 3 Stages of Filmmaking. This method converts the story from your brain to paper. It is further encompasses:

Production: This is the second step in the process. It is practical work with team everyone doing duties in their department. If any division is not doing well, then retakes are done. So every individual part of the crew whether camera, Direction, acting, sound, costume, makeup etc. has to focus on that shot to achieve the Director’s imagination. Retakes imply the budget of the film is rising, so remember, the actors have to be prepared along with other units in pre-production.

Post Production: Postproduction is the editing of audio and visual materials to develop a film. These components are intertwined together to forge a multisensory affair we call a movie. It entails:

And that’s all you need to know about the various stages of commercial film production and commercial ads production. Let’s call it a Wrap. 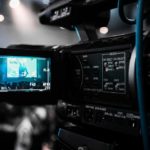 Pro-tips to Help You Produce a Killer Marketing Video Strategy 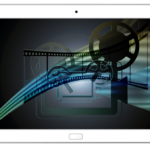 How Do We Select a Video Film Production Company?