The documentary on Star Rating Program aims to establish the gravity of the air pollution crisis in the state of Maharashtra, and increase awareness of the population around the health impacts of pollution. Thus establish the Star Rating Website as a prospective tool to combat the menace.

Maharashtra is one of the most industrialized states in India, with more than 75,000 industries. Out of these, 12,500 industries are very highly on pollution levels. Research conducted by EPIC has suggested that if the government can meet the WHO air quality standards, then individuals can live longer by 3.5 years in Mumbai, 2.8 years in Nashik, 3.9 years in Nagpur, 2.9 years in Solhapur. Looking at designing solutions, researchers and policymakers believe that making pollution data publicly available is an effective way to control emissions. This has been the experience in the United States Toxic Release Inventory initiative, the Program for Pollution Control, Evaluation and Rating (PROPER) in Indonesia, as well as schemes in China, Philippines and Vietnam. Disclosure and rating schemes work by making industries aware of their own performance relative to peers. Informing the public and workers about the environmental performance of industries in their neighborhood helps a great deal The documentary therefore tries to reflect upon the pollution problem in the state of Maharashtra, which is one of the most industrialized states of India and speaks about its impacts on human life and the need for concerted actions. 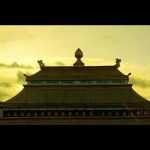 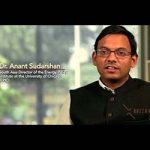